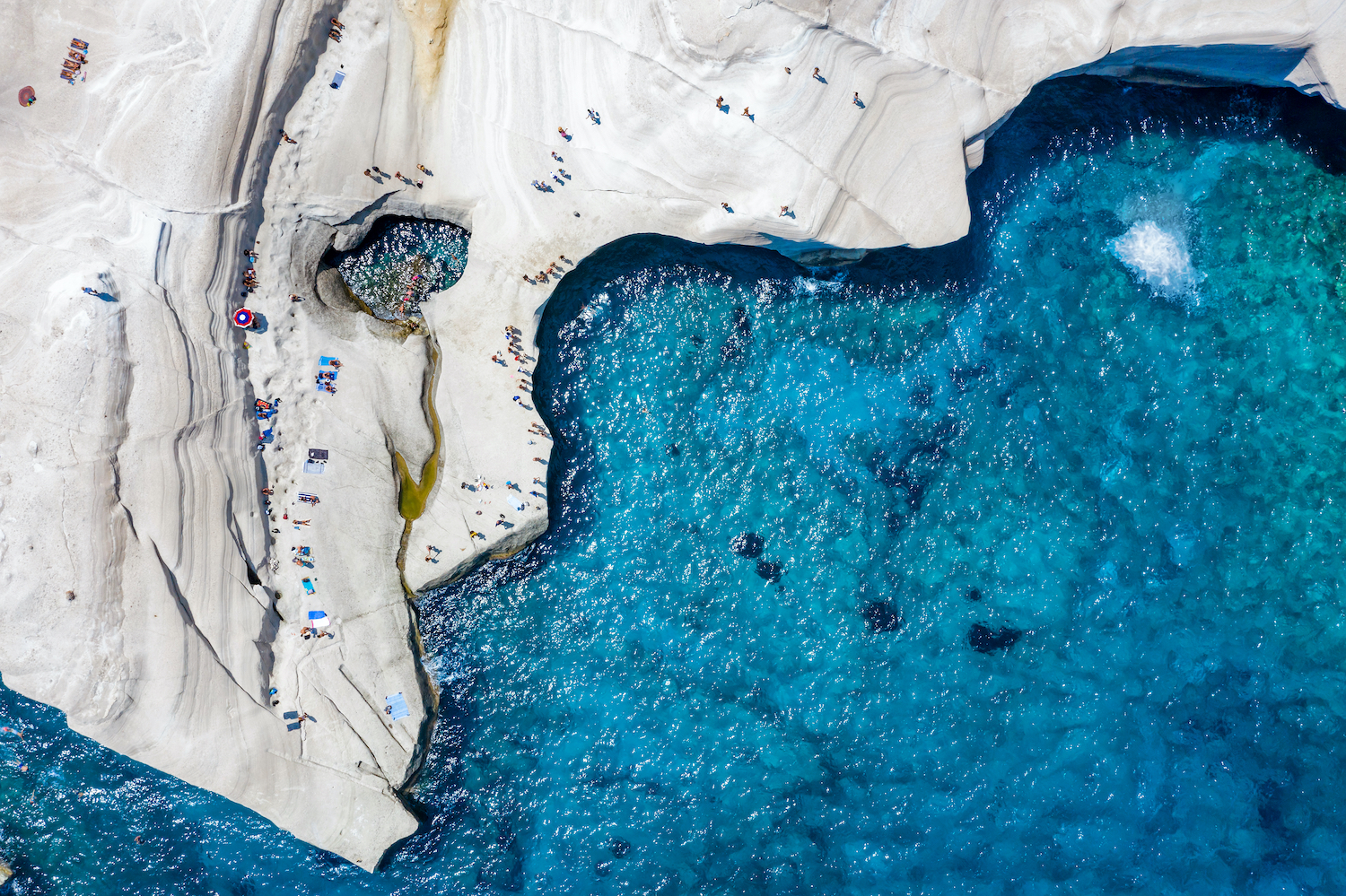 On Milos you spend your day like a pirate, moving from cove to cove, and later climb into bed feeling deeply satisfied. The island has only a few bars and nobody minds. Here you will graze your knees climbing on rocks that change colors every few meters, you will cook in caves, you will see human and animal forms in the impressive geological formations, and you will doubtlessly find your own secret beach on which to sunbathe in solitude – perhaps without even a swimsuit.

Milos is an entirely volcanic creation, built over eons by successive underwater eruptions. There are spots where the sea becomes a natural jacuzzi, with warm gases bubbling up from the seabed. Elsewhere, the sand on some beaches is so hot that it is impossible to walk barefoot.

On the renowned beach of Sarakiniko – again a landscape reminiscent of those in the film Zabriskie Point and one where you won’t know whether to lie down or jump and frolic like Antonioni’s young protagonists – you will see the fossils of fish and shellfish that lived 2 million years ago.

Milos’ geological wonders are fully revealed by a trip around the island by sea: you will pass by the dramatic landscape of Vani with its massive, deep red rock formations and where, until 1920, a manganese mine operated. You will also visit the famed Kleftiko, with postcard-perfect white rocks lapped by turquoise waters, the narrow coves once the lairs of pirates.

Small Islands of Greece DMC is a Destination Management Company based in the Cyclades, on Milos island, providing Professional Tourism Services covering an area of 11 islands. 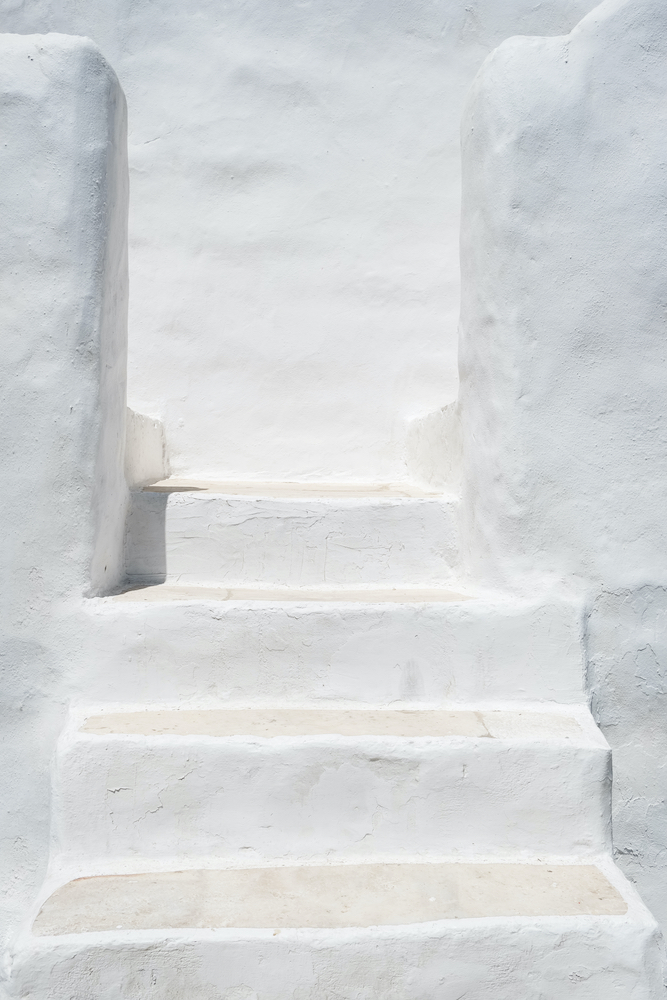